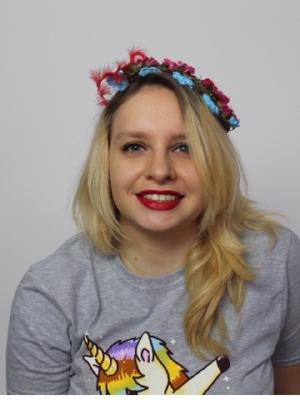 I am Ana, originally from Brazil, involved with bringing more women to technology since 2014, by being part of some initiatives for women in tech like Django Girls and Rails Girls. Graduated in Computer Science in 2017 from UFRGS (Federal University of Rio Grande do Sul). I am living in Berlin since April 2018.

When I was finishing high school, the question came: “What should I do now?”, and after doing some research, and by having some skills in Mathematics (crazy, right?), I decided to start Computer Science, which turned out to be one of the best decisions of my life.

As being a Dungeons and Dragons lover, my favorite project now is one that makes the mechanics of the game easier to understand. https://github.com/Miserlou/dnd-tldr

Is there a project you’re particularly proud of?

I am the maintainer of Rails Girls Tutorials in Brazilian Portuguese, and I’m really proud to be part of something that can make programming easier to people from my original country. https://github.com/railsgirls/guides-ptbr

Currently, I am trying to improve my skills in the architecture of web systems. Not only by coding but making sure that they are scalable and maintainable.

Improve my skills in coding while keeping soft skills.

Yes, I do have some role models, but I don’t have one that I can point out. I have so many women around me that every day prove me that we belong whenever we want.