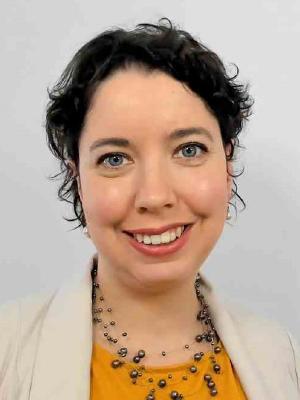 I’m a former opera singer who moved to Germany originally to pursue opera, but ended up programming again after a long break and pursuing that career instead. I now work as a Junior Software Engineer at Novatec Consulting in Berlin.

I started making webpages as a kid after picking up a learn-at-home HTML book with my parents. I then made websites and did some software development at high school, before leaving to pursue other things.

Solving problems. For me, coding is like a giant logic puzzle, and the way it forces me to think and to expand my mind is really attractive.

I’m a very practical person, so for me I like to see how anything new I learnt can impact a project or open it up to new possibilities.

I get so excited that I often dive into code and make too many changes at once. I’m working on taking things one step at a time and coordinating that with better testing so that I can be more methodical.

As corny as it sounds, my mum. She’s a very patient, open, and intellectual woman.

I’m a massive extrovert so I guess that would be the main one!

The book “Technically Wrong” is a great introduction to how data bias can impact real-world applications.